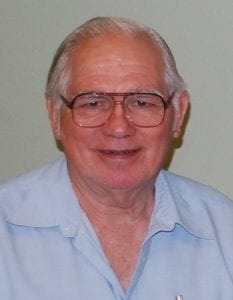 He was born in Shreveport, LA in 1937 to Albert A. Walker, Sr. and Tressie Humphrey Walker. Albert graduated from Bossier High School in 1955 and attended Louisiana Tech University. He graduated with a B.S. in Wildlife Management.

Albert married his high school sweetheart, Wanda Sue Powell and went on to serve in the US Air Force for four years after which he worked for Arkla Gas for 23 years in the Right-of-Way Department. He was a member of First Baptist Church of Bossier.

Albert’s interests included fishing, hunting, gardening, arboriculture, and animal-husbandry. He was a very talented wildlife artist for 45 years. He exhibited his art in the Red River Revel and in numerous art shows throughout Louisiana, Texas, Mississippi and Alabama for 15 years. He was a wonderful dad and papaw and loved spending time with his grandchildren from little league through high school football and crawfishing in the creek behind his home.

The family thanks the Willis Knighton doctors and hospice and the staff at Cypress Pointe Nursing Home for their compassionate care.