Ann was born in Plain Dealing, LA in 1928. When she was a young woman, Ann worked in a drugstore where she met her future husband Ernest. After their marriage, Ann became a housewife and spent the majority of her time caring for her husband and their nine children. Ann had a zest for life which did not dwindle as she aged. Instead, Ann kept her grown children busy as she loved to stay on the go, getting out in the world and living her life to the fullest. Ann was never one for meaningless small talk and loved weighing in on what was going on in the world and with her family. There was no wondering what Ann thought of you as she would tell you whether you wanted to know or not. If you received a compliment from this lady, rest assured it was well deserved. 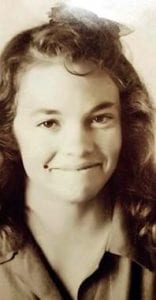