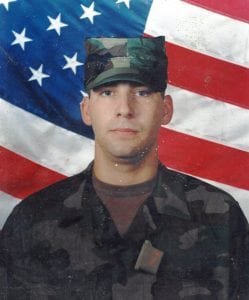 Mr. Yellott was born on August 5, 1978 to Donis Timothy Yellott and Vickie Elaine Hamiter Yellott in Dallas, TX and passed away on Saturday, March 18, 2017 in Winnfield, LA. He was a U.S. Army Veteran serving during the Iraq War. He enjoyed hunting, fishing and loved his family very much.

In lieu of flowers, the family requests donations be made to the Wounded Warrior Project.