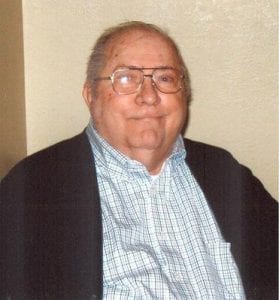 BOSSIER CITY, LA – A Mass of Christian Burial for Bernard Edward Duddy, 79, will be 11 a.m. Thursday, January 7, 2016 at Mary Queen of Peace Catholic Church. Officiating will be Father Joseph Ampatt. Interment will follow at Rose-Neath Cemetery. Visitation will be Wednesday, January 6, 2016 from 5 p.m. to 7 p.m. with a 7 p.m. Rosary at Rose-Neath Funeral Home in Bossier City.

Bernard was born December 7, 1936 in Bangor, ME to Bernard H. and Flo R. Duddy and died January 2, 2016 in Bossier City. He retired from the United States Air Force and the United States Postal Service. He was a member of Mary Queen of Peace Catholic Church and Knights of Columbus. Bernard enjoyed spending time with his grandchildren and great-grandchildren as well as participating in the ministries of his church.