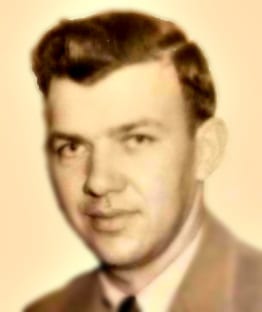 Carl is survived by his sons, Frank T. Beck (Sharon) and Terry W. Beck (Barb) 8 grandchildren, 10 great grandchildren,
He grew up in Norwalk Ohio where he was the youngest of five children.

Carl proudly severed in the United States Air Force for 20 years where he worked as an electrical engineer and then retired in 1969.

Carl had an uncanny ability to impart words of wisdom to others with such authority and conviction that you knew he knew what he was talking about.

He told us on many occasion “Never Stop Learning!”, and “You’re never too old to learn new things!”, and proved it with every new challenge he embarked upon.

At age 88, he was a master woodworker, drone operator and ham radio operator. He was very proud of his retractable and hidden antenna setups. Over the past 3 years, he got involved with 3D printing and would model and build ornate house trim to match and replace the failing trim on some of the historic home of Louisiana.

Carl would excel in everything he tried and always encouraged others to do the same.

The family would like to thank John and Jana Fulco for dedicating themselves to Carl’s care during the last few months of his life.