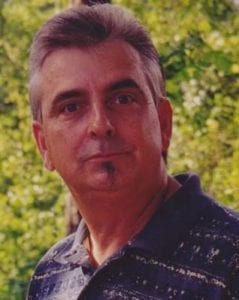 Charlie went to be with God on Thursday, February 11, 2016 at approximately 1:00 p.m. losing his battle with C.O.P.D. He went to join his father Charles G. Ferguson, his mother Ernestine C. Ferguson and many other family members.

Charles was born and raised in Bossier City. He graduated from Bossier High School in 1964 and attended Northwestern University where he majored in Bourree and Ripple Wine for 2 years. Charlie had a wonderful sense of humor. His favorite things were fishing with his friends Bill and Ronnie and once a year Dove hunting. He was an excellent shot.

Left to cherish his memory are his ex-wife and best friend Marphy Ferguson, many cousins, many good friends and especially his 3 chihuahuas, Romeo, Frankie and Tony.

“We Will Miss You Charlie Tuna”