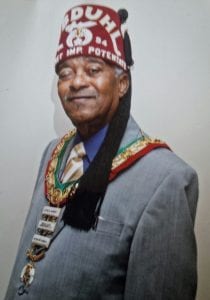 Clyde Adolph Soumas, Sr. went into the USAF in 1951 where he served his country, raised his family, and traveled world-wide. Retiring from Barksdale AFB in 1974, he and his wife ( Mrs. Greta M. McCaleb-Soumas ) of 62 years decided to make Bossier City, Louisiana their home.

He leaves to cherish his celebrated love and life, his wife of 62 years, Mrs. Greta M. McCaleb~Soumas. He is preceded in death by his siblings: Andrew N. Soumas, Marcelle Soumas~Taylor, Marie Louise Soumas~Duncan and Robert James Soumas. He will be missed and loved by a host of nieces, great-nieces, nephews, great-nephews, cousins and many…many dear friends and neighbors.