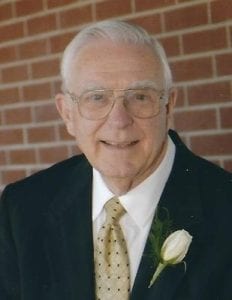 Due to his love of flying, Bill transferred to the Air Force to defend his country as a fighter pilot. He was commissioned as a 2nd Lieutenant in the Air Force. After graduating from pilot training, he married his college sweetheart, Faye Quarterman Snow. Subsequently, Bill earned his Air Intercept Pilot designation serving at Kincheloe AFB, MI and Elmendorf AFB, AK where he pulled air defense alert and practiced air intercepts while keeping the northern tier of the United States secure from attack. Bill then trained for the F-105 and transitioned to Takhli, Thailand where he valiantly completed 160 combat missions in 360 days in the F-105 “Thunderchief.” Upon returning home from Viet Nam, he attended graduate school at the University of Southern California earning a Master’s Degree in Business Administration. After being awarded his graduate degree, he was assigned to Strategic Air Command Headquarters (SAC HQ) at Offutt AFB, NE. Following his SAC HQ assignment as a Civil Engineer, Bill was selected to attend the Air War College at Maxwell AFB, AL graduating in 1975. Bill excelled in and enjoyed his Civil Engineering assignments at Anderson AFB, Guam and Pease AFB, NH thereby enabling him to become the Base Civil Engineer at Barksdale AFB, LA from which he retired in February 1984.

His military awards include the Legion of Merit, Distinguished Flying Cross, and numerous other honors. After his Air Force career, Bill embarked on a rewarding second career as part of the Shreveport based Commercial Real Estate firm U.L. Coleman Companies.

Throughout his life, Bill lived a life serving his Lord and Savior Jesus Christ. He was active in Airline Baptist Church serving in many capacities such as Adult Sunday School teacher, Faith Evangelism leader, and Chair of Deacons. He enjoyed woodworking and crafted an artistically beautiful violin which produced rich, melodious music. Bill also enjoyed fishing, gardening, and was an avid runner and exercise enthusiast. His strong, gentle, and kind nature was evident to all who knew him. He was the epitome of a Southern Gentleman.

Donations in memory of Colonel William M. Snow, Jr. USAF Retired may be made to Airline Baptist Church, the Alzheimer’s Association , or to Mayo Clinic Alzheimer’s Research.