BOSSIER CITY – A Memorial service celebrating the life of David L. Hoppaugh will be held at 2:00 p.m. on Thursday, January 5, 2017. Interment will follow at Hill Crest Memorial Park. The family will be receiving friends at 1:00 p.m., prior to the service at the funeral home. 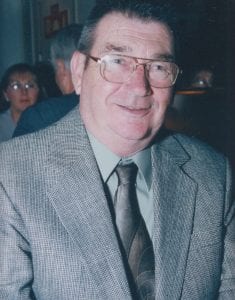 David was born in Califon, New Jersey on July 4, 1939. He graduated from High School in 1957.  He graduated in 1959 from Paul Smith’s College with an Associate Degree in Liberal Arts. He began his Air Force military career on Oct 7, 1959 and retired as a Master Sergeant with an honorable discharge on August 31, 1980.   After the Air Force, he worked for the Sealy Company, Crystal Oil, and Commercial National Bank.

He was preceded in death by his parents Allen and Jean Hoppaugh, his brother Russell Hoppaugh, and his grandson Cody Hoppaugh.

David is survived by his beloved wife of 52 yrs Marguerite Hoppaugh, 3 sons Patrick, Robert, and David. He had 8 grandchildren, Jennifer, Chris, Lauren, Tyler, Christian, Haden and Dalton; 13 great grandchildren and his puppy, Coco.

Condolences may be shared and the guestbook may be signed at www.hillcrestmemorialfh.com.