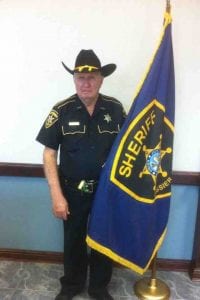 Benton, LA – After a lengthy illness, Sonny Hardaway entered into a peaceful rest on Friday, August 5, 2016 in Shreveport. He awoke and now breathes free the fresh air of Heaven, and no longer experiences the pain of cancer, heart disease, or lung disease. We are thankful for the care of Willis Knighton North and Lifecare Hospitals of Shreveport.

Sonny loved his family and friends. He enjoyed talking and listening to people. Whether it was pumping gas at his station, driving a school bus, serving as a deputy sheriff for Bossier Parish or working at Cypress lake, he made time for people. As a husband and father he was a great provider and a man of strength and integrity. To those who called him friend, he was a dependable, helpful, and a giving individual.

Donald L. “Sonny” Hardaway was born on October 23, 1935 to Charlie and Thelma Young Hardaway in Plain Dealing, LA. He was a momma’s boy and carried forward her spirit of generosity towards others. He became a believer in Jesus Christ when he was a teenager at church with his Mother and nearly 40 years ago he reaffirmed his faith at the Bible Institute in Eureka Springs, Arkansas. He reiterated his faith in Jesus Christ as he began his final journey to the house of the Lord. He was a member of Cypress Baptist Church.

Mr. Hardaway was preceded in death by parents, and sister, Madge Strayhan.

God has given both Sonny and his family extraordinary peace during this difficult time. God’s peace allowed Sonny to face death with certainty and confidence because he placed his faith in Jesus Christ to save him. We will gather together to worship God and honor the life of Mr. Donald L. “Sonny” Hardaway, age 80, at 10:00 am, Friday, August 12, 2016, at the Cypress Baptist Church, Benton, LA with Rev. Michael Hardaway officiating. A short graveside service will follow in Plain Dealing Cemetery under the direction of Bailey Funeral Home, Plain Dealing, LA.