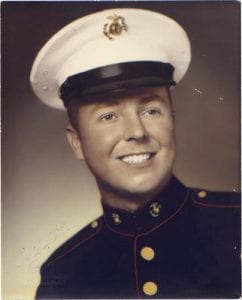 The long goodbye is over. He is finally resting in the arms of the love of his life, Wilma Joy Roberts Matlock, who preceded him in death June 17, 2010.

Rex was born in Walkers Chapel, La on November 27, 1934 to Martin Hines Matlock and Nettie Nancy Cantley Matlock. He was the fourth of six children: Ray, Muriel, Jack, Rex, James Carroll and the only remaining sibling, Jo Elise Matlock Ballard Baker, whom he dearly loved! They were raised in the oilfield and had a carefree, country childhood. All graduated from Haughton High School.

A veteran of the U.S. Marine Corp., he served in the Korean conflict. After earning his PHD from LSU Baton Rouge, he became one of the founding professors of LSUS in 1967. He served as Department Chair and taught his entire career until his retirement in 2001.

The N.W. La Veterans Home was his home for the winter of his life and the family appreciates the loving care given him by their excellent staff.

In lieu of flowers, the family requests memorials be made to Love Chapel (sanctuary chairs) or LSUS Physics Department.