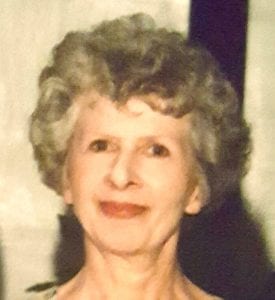 Lou, as she liked to be called, was born November 23, 1940 in Shreveport to Grady and Chloe Brodnax.  She married Franklin David Eff on November 26, 1966. She was a member of First Baptist Bossier.  Most of her working years were with attorneys and she enjoyed the challenge of the work immensely.   She had a deep love for America and the men and women who serve it.  Lou was very outspoken in her beliefs and would share with anyone who would listen.  Her life-long interest though was animals and particularly, cats; rescuing them, keeping them and loving them.

In lieu of flowers please make donations to the Shreveport-Bossier Animal Rescue.