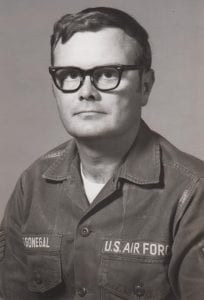 HAUGHTON, LA – Frederick L. McGonegal, 74, passed away peacefully of natural causes on July 9, 2016, born on August 22, 1944 in Jackson, MI to Earl and Lucille McGonegal, who predeceased him.

Fred “Mac” was also predeceased by his brother, sister-in-law and nephew, Jim, Bev and Rodney McGonegal.

He is also survived by his cousin, Linda Block; loving in-laws and numerous nieces and nephews and a host of other long-term friends, Sherry; Ning, Ging, Bing, Christian, Ling-Ling, Gina, and Don Turk.

He was an avid outdoorsman and tinkerer, as well as being a skilled basketball player who was proud of playing on Hanover-Horton’s 1959 Class D District and Regional Champs.