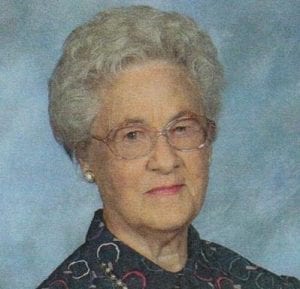 Mrs. Hester passed away on Tuesday, February 16, 2016 at Riverview Care Center following a recent illness. She was born June 27, 1924 in Ridderkerk, The Netherlands to parents Ysbrand Kruithof and Hendrika Gouman Kruithof. When Grietje was 9 months old, she, her parents and three older siblings came to America, settling in Louisiana. As a young woman, Grietje became a U.S. citizen. She was a graduate of Bossier High School; Norton’s School of Business and was a retired bookkeeper.

In lieu of flowers, memorials may be made to Heritage Baptist Church or to the charity of the donor’s choice .