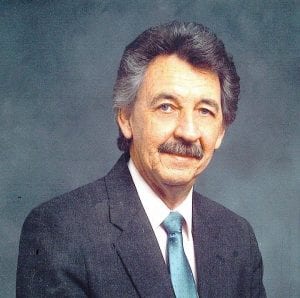 Jack Fulmer was preceded in death by his parents, Mrs. J.D. Stubblefield (Willie) of Shreveport, LA; Buster B. Fulmer, of Fordyce, AR. He had no siblings.

He joined the Air Force in February of 1955 and spent 12 years serving his country. He spent time in England, California; served in Vietnam at Tun Suunto Air Base in Saigon from 1965 thru 1966. He left the Air Force in 1968 after his time at Homestead Air Base in Florida. Having served in Vietnam, he had a lot of stories to tell. He was awarded several honors and medals for his service.

Jack was an avid “Street Rodder” enthusiast. He loved his street rod. He began as a young kid, working on them, with his cousin, Billy Joe in Iowa. Through his military years, he bought and worked on several, always putting his own “spin” on them. He raced on the Salt Flats of Utah, while at Travis Air Force Base in California. We owned a 1933 Ford Vicky, called the “Bayou Bandit.” We were members of the Street Rod club, the “Moonlighters,” of Minden, LA. We went to shows and competitions and won placques, trophies and awards. We had a blast! He watched all the Street Rod Shows on TV he could find and searched them on his iPad. With failing health upon him, he reluctantly sold our “Bandit.”
Jack was also a very good wood craftsman. He customized several rooms in our home, by putting up crown molding and décor. He worked in his wood shop, making very intricate items you would marvel at. A complete tricycle with wood spokes and wheels, he made, piece by piece. He was amazing! I have these items to cherish; even his walking cane he made.

Jack was “Pops’ to all his grandchildren. He loved them “So” much and they loved him too. He once hand made a missing puzzle piece for Anna so she could complete her puzzle. He could make or fix anything!

A Memorial Service Honoring the Life of Jack Fulmer, will be held at 2:00 p.m., on Saturday, June 25, 2016 at Hill Crest Memorial Chapel on Highway 80, in Haughton, LA. The Honor Guard ceremony will follow at the Mausoleum behind the funeral home. Refreshments will be served from 12:30 p.m. until the time of service for visiting and mingling. Condolences and the Guest Book can be signed at www.hillcrestmemorialfh.com. The complete obituary and photos can be viewed on this website.

Pops, we send you off on your new journey, getting your Angel wings, knowing full well you will greet us all one day! You and I were baptized together at First Baptist Bossier. What a wonderful experience for us both. You are, and always will be, “My Sweetheart!” You are Loved and greatly Missed!

Thanks to Hillcross Hospice for their care and support of Mr. Jack over the last several months; Jean, Rhonda and Jerdine. Also thank you, Dr. Michael Angelo.

If you prefer, in lieu of flowers, you may make a Donation to the Shreveport-Bossier Rescue Mission or an Animal Rescue Facility in our Area, or to the DAV or Wounded Warriors.

We celebrate your life, Jack with Love and Wonderful Memories!
We Love You and Miss You!