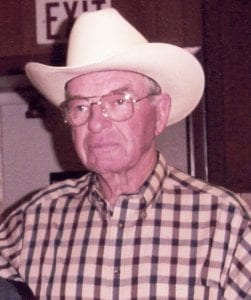 Mr. O’Daniel was born on May 8, 1933 to John Edward and Lillian Johnson O’Daniel in Plain Dealing, LA and passed away on Wednesday, August 3, 2016 in Cypress Point Nursing Rehabilitation Center in Bossier City. He graduated from Plain Dealing High School in 1951 and attended Northwestern State University and Southern Arkansas University, then served our country in the U. S. Army for three years. He worked as an entomologist for many years and always had special love for animals, specifically horses. He was president of the Future Farmers of America his sophomore year at Plain Dealing High School and raised the State Champion Hereford bull, Magenta Princeps. He was active in basketball, football, and track. He was president of his class his senior year and ultimately made a career of breeding and showing Quarter Horses and Paint Horses.

Mr. O’Daniel was preceded in death by his parents.