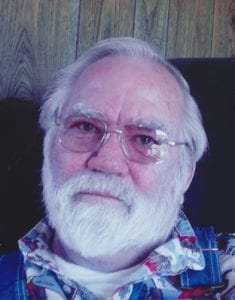 HAUGHTON, LA – Services celebrating the life of James Ellis Draper will be held at Hill Crest Memorial Chapel at 10:00 a.m. on Wednesday, January 20, 2016 with Dr. Gevan Spinney officiating. Interment will follow at Canaan Baptist Church Cemetery in Spearsville, LA. The family will be receiving friends on Tuesday, January 19, 2016 from 5:00 p.m. until 7:00 p.m. at Hill Crest Memorial Funeral Home.

James was born in Warren, AR on April 14, 1936 to Howard and Rowena Draper and passed away on January 15, 2016 in Bossier City, LA. He attended high school in Junction City, Louisiana.

He joined the United States Air Force and was stationed at Barksdale Air Force Base. His career in welding led him to begin his own business, James Welding Specialties in Haughton.

He was a loving father, grandfather and great-grandfather.

James was 32nd Degree Mason. He was also a Shriner in El Karubah El Kars helping those in need.

He was a lover of the outdoors and could seek out the best fishing holes, particularly on Lake Bistineau where he spent a lot of his time. He knew how to enjoy life, had an infectious laugh, and many friends who will miss him.

Because he knew the value of hard work and never shied away from it, his hands were often greasy and scarred.

If you spent any time with James, three things were certain. You would laugh, you would learn something you didn’t know and you would eat – very well and be told to go back for seconds.

He was preceded in death by his mother and father; sister, Helen Halligan and brother, Berry Draper.

His many friends are invited by the family to come celebrate his life, and remember what he meant to each of you.

In lieu of flowers the family asks that donations be made to the Shriners Hospital for Children . www.shrinershospitalsforchildren.org/Locations/shreveport

The family would like to thank Dr. Robert Massingill and his staff along with Dr. Mike Sewell for comfort and care that James and the family received.