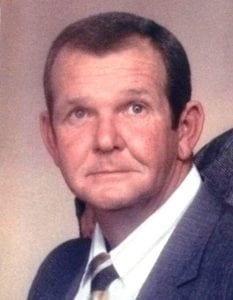 Benton, LA- Graveside services and interment, with Masonic Graveside Rites, for Mr. James Edgar “Jim” Frazier, Jr., age 67, will be held at 10:00 a.m. Wednesday, July 13, 2016 at the Plain Dealing Cemetery with Bro. Billy Pierce officiating. Services will be under the direction of Bailey Funeral Home, Plain Dealing, LA. Visitation will be held from 5:00 to 7:00 p.m. Tuesday at Bailey Funeral Home.

Mr. Frazier was born on September 12, 1948 to James Edgar and Nettie B. Matlock Frazier in Springhill, LA and passed away Sunday, July 10, 2016 in Bossier City, LA. He was a lifelong resident of this area and a member of the Cypress Baptist Church. He retired as a Lieutenant with the Bossier Parish Sheriff’s Office with 44 years of service. He worked with the Benton Police Department for six years and was employed as a security guard at the Bossier Parish Courthouse for the past three years. He was a member of the American Legion F&AM #237 Plain Dealing and will be remembered as a loving husband, father, grandfather and great-grandfather.