PLAIN DEALING – Jerry Griggs passed away on June 28, 2017 in Shreveport, LA after an accident June 3, 2017 in Marshall, TX.  His funeral service will be held on Sunday, July 2, 2017 at 3:00 pm at the Plain Dealing Baptist Church with Dr. Scott Teutsch officiating.  Visitation will precede the service in the church sanctuary beginning at 1:00 pm.  Interment will follow in the Plain Dealing Cemetery under the direction of Bailey Funeral Home, Plain Dealing, LA. 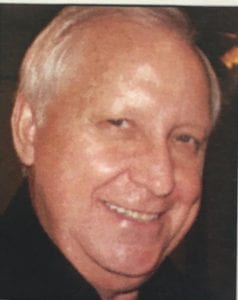 Jerry was born on January 6, 1937 to William Anthony “Buddy” and Delma Cox Griggs in Plain Dealing. He graduated from Plain Dealing High School in 1955 and was employed by Roberson Farm Equipment.  He then worked for Enron and ended his career at Shreveport Mack.  He was a longtime member of the Plain Dealing Baptist Church where he served as Deacon and Chairman of the Deacons.  He also was a Sunday School teacher and youth leader.  He was a member and Past Master of the Plain Dealing Masonic Lodge, #237.  Throughout his life, Jerry’s favorite past time was spending time with his family and friends and playing golf with his son Gary, James Southerland and many other members of the Oakland Plantation Country Club.

He was preceded in death by his wife, Charlene Wallace Griggs in 1999 and his parents.  He is survived by his son,  Gary Griggs and wife, JoEllen; his granddaughter, Elizabeth Wicker and husband, Justin; great-grandson, Taylor Wicker; sisters, Gloria Frye, Jeannie Lee and Holly Wilson; brothers, Ronnie Griggs and wife, Winnie and Michael Griggs.  Along with a host of nieces and nephews.

The family would like to thank Dr. Nelson, Dr. Greene, Dr. Schuler, Dr. Kraus, and the staff of the ICU at Willis Knighton Pierremont.