Joan Kaminsky Cornell, who lived in Bossier City, LA and at the age of 74 died on November, 4th, 2014, was a woman of many talents. For a time she was an avid bowler, enjoying both the game and the banter with friends she made along the way. She was a Master Craftsman of crochet and knitting, creating hats, scarves, sweaters, blankets and all sorts of useful clothing and art for generations of family, friends and for those in need. She was an extraordinary home cook and baker. And though she created hundreds of unique and tasty dishes that family and friends enjoyed each day, it was her magnificent holiday spreads that amazed and delighted. The memories of each meal she created left indelible prints on all who partook of them. Cancer took Joan’s mortal life, but her faith in Jesus Christ assures her eternal life love lives on in the hearts and minds of those who survive her. 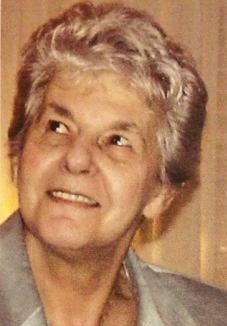 Joan was born on January 4, 1940 in Cornwall, N.Y. to the late Samuel Maxwell Kaminsky, a WWI veteran who died while helping build ships in support of the United States WWII efforts, and the late Josephine Weiner Kaminsky. She is survived by her sister Harriet Marilyn Kaminsky Calli, her niece Sheryl Calli Palen and her nephews Bobby and Frank Calli. She was preceded in death by her other sister, Shirley Sarah Kaminsky Calli.

Raised in Newburgh, N.Y., Joan attended Grand Street School, South Jr. High School, and Newburgh Free Academy, where she graduated in 1958. Like many who lived in that place and time, Joan grew up hard and fast, especially after her father died when she was three years old. She learned to cook, clean, and care for other children as everyone in the family did what they could to help each other and to survive. Through these lessons she learned what it meant to not simply be frugal, but to appreciate what God had given her regardless of circumstances: life, health, family, friends and a tenderness for those in need.

It was on December 30, 1958 that Joan Kaminsky married her lifelong love, Franklin (Frank) Reynolds Cornell in the United Methodist Church in Gardnertown, N.Y., by the late Reverend Joseph Bailey. Joan first met Frank when they were two and were neighbors. But at four she moved away when her dad passed. It was in God’s good grace and wisdom that He reunited them as teens. From that time on she spent her life with Frank building a love and a family that endured every test and every trial. A love that was true to the words they shared together often: More Than Yesterday, Less Than Tomorrow, or MTY-LTT. Even to her last, her love for Frank never stopped growing.

Over the years Joan worked many jobs to support her family: WT Grants, Miles Shoes, New York Bell, Woolworth, USAF BX, USAF Commissary, and Civil Service. But mostly she worked for Cornell Plumbing Super Rooter and helped start up and build what became a very thriving business, thanks in large part to her dedication and business acumen.

Throughout her life Joan lived primarily on the east coast and in the south U.S., including New York, New Jersey, Maine and Louisiana as the USAF moved her family from place to place. But it was in Louisiana that she made her final home.