He is preceded in death by both parents, Joe M. and Bernice Q. Corley of Columbia, LA. 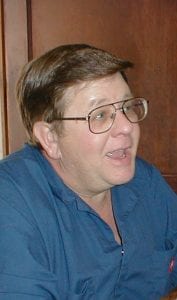 Joe was an industrial NDT inspection technician by trade with more than 16 years locally at Beaird Industries, Inc. in Shreveport. Prior to that he worked for many smaller companies inspecting the welds at many different facilities from the Superdome, to pulpwood and paper mills, and different refineries in multiple states including many offshore sites.

In his later years he has enjoyed being a grandfather and when able really enjoyed watching nature from his porches and piddling around the “old homestead” he and his wife were enjoying in their little piece of paradise.

He was loved by all that truly knew him. He was a good Christian man, who put his faith and family before himself in all things. He will be sorely missed and can never be replaced.

In lieu of flowers the family asks that donations be made to a charity of your choice.