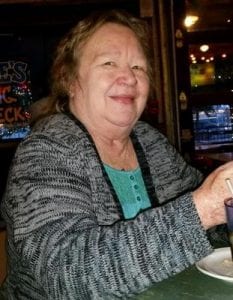 BOSSIER CITY – Jonnie Lee Pardue Turner, 68, of Bossier City, LA, passed away in the late evening hours of January 15, 2016 in her home due to a sudden illness. She was surrounded by her family and loved ones.

Jonnie was born in New York to parents F.E. and Marie Pardue on December 14, 1947. Although she was born in New York she always considered home to be Jefferson City, Tennessee. She attended high school and college in Jefferson City, TN. She moved to Bossier City in 1974 where she remained until her passing. She became employed with SWEPCO/AEP Electric when she moved to Bossier City and she remained there until she retired in 2008. She thoroughly loved her job and the people she worked with.

Jonnie is preceded in death by her parents F.E. and Marie Pardue and her son, Jason Turner.

Jonnie is survived by her daughter, Kristina Clifford, son-in-law Thomas Clifford, grandsons Cody John and Tyler J. Bryan of Bossier City. Her sister Laurie Henderson and her husband Rob Henderson of Jacksonville, FL. And her son Brian Turner of Bossier City and his family.

In lieu of services, Jonnie’s request was to be taken home to Jefferson City, TN to be with her parents in Jefferson Memorial Gardens. Her family will honor her wishes and take her home.

Condolences may be left in Jonnie Turner’s name on the online guest book of Boone Funeral Home.