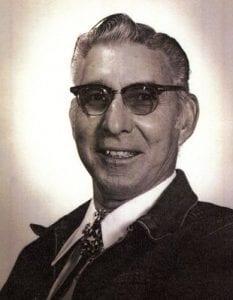 Shreveport, LA – Memorial services for Mr. Kenneth Ray Geaslin, age 89, will be held at 2:00 pm Saturday, January 2, 2016 at the Asbury United Methodist Church, 3200 Airline Drive, Bossier, LA 71111 with Chaplain Alan Van Dyke officiating and a eulogy by his son, Bill Geaslin. Interment, with military rites by the U. S. Navy Honor Guard, will be held at a later date in the Salem Cemetery, Plain Dealing, LA.

Visitation will be held at the church from 1:30 pm until service time.

Mr. Geaslin was born on December 5, 1926 in Electra, TX to Ellis and Etta Lee Denson Geaslin and passed away on Monday, December 28, 2015 in Shreveport, LA. He was a resident of Plain Dealing since 1982, was a veteran of the U. S. Navy serving during World War II and was a retired cattle farmer.