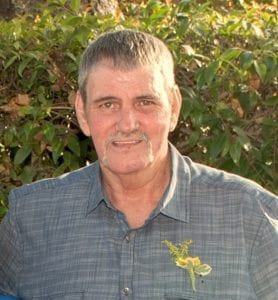 Leo was defiantly a character. If you knew him, you know that he had to be the loudest in the room. He always liked to tell stories and argue with Jennifer any chance he had, and we all knew momma started it! Leo always made things harder but more fun in his own way. He loved crawfish with a cold beer and could cook some mean catfish, making himself the cook of the family. He was such a strong man. He would want everyone to know he died as a result of being stubborn and raising hell for more than five decades. He was a very hard working man in roofing and any kind of construction. He enjoyed being in the woods, and had a passion for hunting, fishing on any lake he could find. He also enjoyed spending time with his family and friends watching football especially his favorite team, the Saints.

Donations may be made to the Webster Humane Society, P.O. Box 218 Minden, LA 71058, or Cancer Research Facility.

If you wish to send flowers; they may be sent to Hill Crest Memorial Funeral Home, 601 Hwy 80 Haughton, LA 71037 for the Leo Cobb Family.

Condolences may be shared with the family at www.hillcrestmemorialfh.com