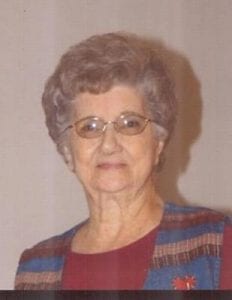 Mrs. Branton was born in Robeline, LA on February 22, 1927 to Robert and Sadie Matthews and passed away on January 2, 2016 at Willis-Knighton, Pierremont after a brief illness. She was a grocery store meat wrapper, homemaker and a member of the Carriage Oaks Church of Christ.

On-line condolences may be made at rose-neath.com