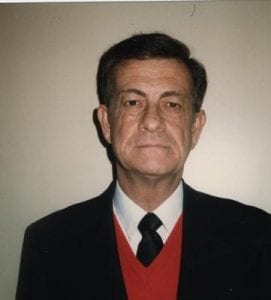 BOSSIER CITY, LA – Services for Lorne V. Michaud, 84, were held at 11 a.m. Wednesday, February 10, 2016 at Airline Baptist Church. Officiating was Rev. Harrell Shelton. Burial was at 2 p.m. at the Bernice City Cemetery, Bernice, LA. Visitation was held prior to the service Wednesday, beginning at 10 a.m., at the church.

Lorne was born August 31, 1931 in Hodge, LA to Henry and Mary Michaud and died February 7, 2016 in Bossier City, LA. In September of 1949 he entered LA Tech, but left college in January of 1950 and enlisted in the U.S. Air Force to serve in the Korean War. Before leaving the Air Force, he was performing Sergeant Major duties and received a Honorable Discharge. Lorne returned to LA Tech to finish his education, majoring in Business Management. He was a member of Kappa Sigma Fraternity and American Legion Post 14 on Cross Lake.