Lou enjoyed watching horse racing at Louisiana Downs and playing bingo. Deacon Hardman is a member of Rocky Mount B.C. in Haughton where he served faithfully as Deacon for over 30 years up until his health failed him. 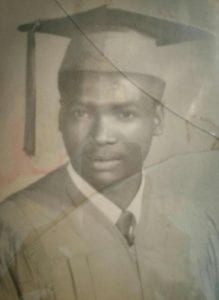 The family would like to extend a special thanks to Dr. Basil S. Harrington, M.D., Riverview Staff and LifePath Hospice.