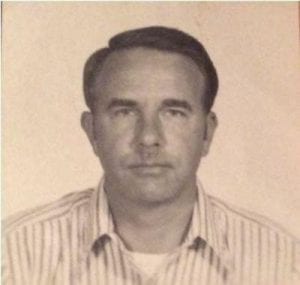 Warren spent four years in the U. S. Navy before becoming a pilot in the U. S. Air Force. During his career, Warren flew the AC-119 Gunship and KC-135 Tanker, was a flight instructor, and a commander of the 913th Refueling Squadron. He was a decorated veteran of 24 years.

After retirement from military service, he was a safety inspector for Morton Thiokol for several years. He and Mary Ann spent his remaining retirement years traveling across country in their RV.

A memorial service officiated by Monsignor Provenza will be held Saturday, January 23 at 5:30 PM, at Holy Trinity Catholic Church in Shreveport. Following Warren’s last wishes, his remains have been donated to the LSU Medical School.

In lieu of flowers, the family request Warren be honored by donations to The Disabled American Veterans Organization (dav.org).