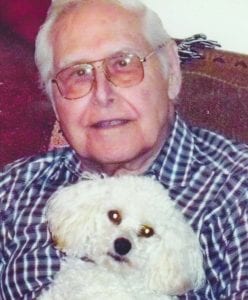 Haughton, LA – Services celebrating the life of Marvin Eugene Whitlock, who passed away on August 20, 2016 at the age of 88, will be held on Thursday, August 25, 2016 at 1:00 p.m. at Hill Crest Memorial Funeral Home, 601 Hwy 80, Haughton, LA. Dr. Gavin Spinney of Haughton Baptist, where Marvin was a member, will officiate. Interment with military honors will follow at Hill Crest. The family will receive friends at the funeral home from 5:00 p.m.- 7:00 p.m. Wednesday, August 24.

Marvin retired from the United States Air Force. He also was a finance manager for several years. He was a lifetime New York Yankee fan who loved to travel and read. He loved music and collecting coins.

Also left to cherish his memory are his 5 grandchildren and 10 great-grandchildren. The family sends a special thank you to his cousins Linda and David Layman.

To leave condolences for the family, please visit www.hillcrestmemorialfh.com