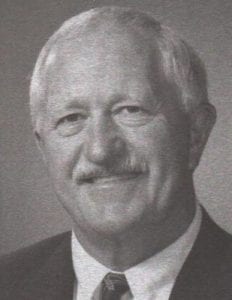 Mike’s exceptional life exhibited his determination, drive and passion for excellence in all his activities which were evident in his academic, athletic and business successes.

Mike applied himself at Neshoba Central High School (NCHS) and finished in the top five of his large 1965 graduating class. In athletics, he was awarded First Team All-Conference honors in football in both his junior and senior years. He also received the same honors in baseball both years leading his NCHS teams to district baseball championships.

After graduating from NCHS, Mike set a goal to personally fully fund his college education. He did so by working with the Southwestern Publishing Company, Nashville, TN. and immediately distinguished himself by breaking sales records and was named as a top salesman and crew leader in the company. Mike finished his college education at Mississippi State University in 1970 with a dual degree in engineering and business. He accepted an offer by the Trane Company as a technical salesman working with mechanical engineers, contractors, and building owners Louisiana marketplace. After several years of working out of the Baton Rouge, Louisiana offices of Trane, he transferred to Trane’s Shreveport region. Later in his career Mike brought his vast knowledge and skills to Schully Strawn and Associates, a heating, ventilation and air conditioning company in the deep south marketplace.

In addition to fishing, Mike loved football. He religiously followed his Mississippi State Bulldogs and, having lived in Louisiana for 45 years, he also became a fan of the LSU Tigers and the New Orleans Saints.

To commemorate and celebrate Mike’s full life, two memorial services for family and friends have been planned. The first is scheduled to be held at Pine Grove Baptist Church, House, MS on Thursday, February 18, 2016 at 6:00pm. The second memorial service is set for Hill Crest Memorial Funeral Home, Haughton, LA on Sunday, February 21, 2016 at 2:00pm.

For those who wish to honor the memory of his life, Mike’s wishes were for donations to be made to the scholarship fund of his niece, Kelley, a newly pinned Registered Nurse who in 2006 preceded him to heaven:

To offer condolences to the family and sign the on-line guest book, please visit www.hillcrestmemorialfh.com.