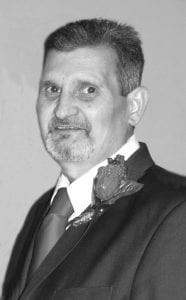 Michael was a member of the Coast Guard and then went into Active Duty in the United States Army. He met the love of his life and best friend, Dottie Melinda Carter Sepeda and they were married October 20, 1981. Michael was a father to three children, David Boyd, Jennifer Sepeda and Christopher Sepeda (his “baby boy”). He loved coaching baseball and softball for many years in Plain Dealing, Louisiana. Michael also loved his LSU Tiger baseball and football along with his beloved Dallas Cowboys and watching his kids and grandkids play sports.

Michael is preceded in death by his mother, Marjorie, father, Herman and the man that raised him, Lum. Also by his sister Brenda and daughter Jennifer.

We would like to thank Dr’s Taylor and Morrison, nurses Dorothea, India, Jordan and the Wills Knighton North MICU and Emergency Room staff for taking such great care of our Michael and of the family.