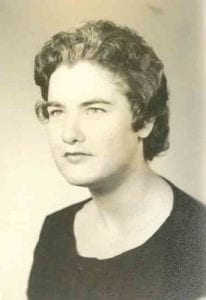 June was born on February 8, 1939 in Soddy TN. She graduated from High School in 1957 and started her Federal Civil Service career at the Pentagon in Washington, DC in that same year. She met and married William F. Troyer, USAF. They had two children born to them and they traveled to many locations while in the Air Force, settling in Bossier City, LA in 1974 after William retired. June returned to her Federal Civil Service career in the Procurement Department at BAFB, retiring in 1994.

June is preceded in death by her husband, as well as her parents, Marie and George Upton, her sister Joyce Robinson, and her brother George Upton, Jr.

She is survived by her brother Don Upton, son Robert Troyer and wife Dr. Jacqueline Troyer, daughter Deborah Hollands, and her aunt Ola Morgan. She is also survived by two grand-daughters Chiara Inez Gibson, and Brandy Smith, husband Josh Smith, and a host of nieces and nephews. June amassed many dear and close friends throughout the Bossier City and Shreveport area.

Extended gratitude to Pilgrim Manor Guest Care, especially nurse Essie and loving CNA’s Tasha, Tawana, and Emma as well as the rest of the staff at St. Joseph Hospice. Many thanks to nurse Charlotte Farley, and family friends Marlys Marlow and Carol Humphries. Thanks to Dr. Zweig for his diligent dedication and research for the cure of Parkinson’s Disease. In lieu of flowers, please make donations to: National Parkinson Foundation, 200 SE. 1st Street, Suite 800, Miami, FL 33131