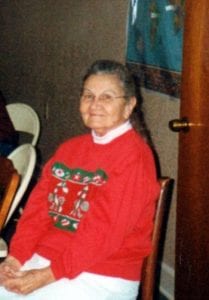 HAUGHTON, LA – Services celebrating the life of Patricia L. Davis will be held at 10:00 a.m. on Wednesday, April 13, 2016 at Hill Crest Memorial Chapel with Pastor Aline Carson officiating. Interment will follow at Hill Crest Memorial Park. The family will be receiving friends on Tuesday, April 12, 2016 from 5:00 p.m. until 7:00 p.m. at the funeral home.
Patricia was born in Dubuque, IA on August 21, 1930. She passed away on April 9, 2016 in Bossier City, LA. She worked many years clerical in her business office at an automotive shop, but her true passion was opening a dog grooming shop with her sister. She was a breeder and she showed her dogs until her health prevented her. She was an animal lover, great seamstress and a pretty good bowler. She enjoyed life and her family.
Patricia was preceded in death by her husband of 53 years, Arlen L. Davis, Jr. and son, Tommy Wayne Davis. She is survived by son; Gary O. Davis and wife Janie Christley Davis; daughter, Gaye Lynn Davis Gordon and husband Richard T. Gordon, Sr.; seven grandchildren, 4 step grandchildren, 9 great grandchildren and numerous nieces and nephews.
The family would like to thank their church and church family at Grace Tabernacle and all their friends who have given support and comfort during this time.
Pallbearers will be Richard T. Gordon, Jr., Michael Wayne Gordon, Kolby Dain Gordon, Robert Bass, Robert Byler and Ellis Sams.
Condolences may be shared at www.hillcrestmemorialfh.com