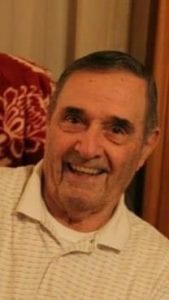 BOSSIER CITY, LA – Retired MSgt Richard E. Wade (Dick), a resident of Bossier City, LA for 44 years, was absent from the body and was present with the Lord on June 2, 2016.

Sergeant Wade, born February 19, 1928, and a native of Dodge City, KS, served eight years in the U.S. Navy and 14 years in the U.S. Air Force. After retiring from the military, Dick, worked for the VA Hospital in Shreveport, LA, for 18 years as their Chief of M& O Engineering Services.

Dick was a master craftsman in woodworking and played golf until his health took a turn for the worse. He loved this country, his yard, growing tomatoes, a good Boudreaux joke, and most of all his family.

You may offer condolences to the family by visiting www.hillcrestmemorialfh. com.