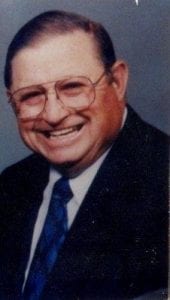 Hosston, LA – Lawrence Nathan Craft, Buddy, to his family and close friends, age 80, of Hosston, Lousiana, fought the good fight and finished his course on January 1, 2016, in Shreveport, LA, after a lengthy illness. Funeral services will be held Monday, January 4th, 2016 at 10:00 AM at the Plain Dealing Baptist Church with Reverends Doug Fulenwider and Andy Harris officiating. Burial will be in the Plain Dealing cemetery under the direction of the Bailey Funeral Home. Buddy was born on January 23, 1935, in Plain Dealing, LA, to Nathaniel Craft and Flossie Mae Craft. At age 17, on July 19, 1952, he married Vera Louise Craft in Springhill, LA. As a very young man, he worked as a mechanic at Spears Garage in Plain Dealing, LA. In 1953, he began working at International Paper Company in Springhill, LA, where he became a journeyman pipefitter. In his early 30s, he entered the ministry and became the pastor of Bentley Assembly of God, in Bentley, LA. He felt the call of God to go to Alaska where he engaged in missionary work for approximately 26 years. Through those years, he pastored Kenai Assembly of God, in Kenai Alaska, and Homer Assembly of God, in Homer, Alaska. He pioneered churches in Soldotna, Alaska, Sterling, Alaska, Houston, Alaska, and Seldovia, Alaska. In addition, he pastored at Bentley, LA, Deridder, LA, Ridgecrest, LA, and Plain Dealing, LA. He pioneered New Life Assembly of God in Vivian, LA, and the Assembly of God (Victory Tabernacle), in Ida, LA. Buddy was called to ministry at his home church, Oak Grove Assembly of God in Plain Dealing, LA. He completed his last four years of ministry as the pastor of Oak Grove Assembly of God. His life had come full circle. Buddy was an avid hunter, fisherman, and gardener.He was preceded in death by his parents, Nathaniel and Flossie Craft, his brothers, Clarence and Merlon Craft, and his sister, Shirley Craft Thomas.

Buddy is survived by his wife of 63 years, Vera Rodgers; daughters, Rita Gibson and husband Bill, of Rayville, LA; Sharon Hamar, and husband Valen of Seattle, Washington; and son, Bud Craft and wife Shannon of Tulsa, Oklahoma. He is also survived by his grandchildren: Rae Gibson Ringle (Todd); Wesley Gibson (Cindy); Shalen, Sabrina, and Rachel Hamar; Sara , Tiffany, and Matthew Baysinger, and Amanda Baysinger Childress (Brandon). He is survived by great grand-children Holly, Cole, and Aly Ringle, and Marissa and Madison Gibson. In addition, he is survived by brothers Alvin and Nelvin Craft, and sisters Dorothy Craft Adams, Diane Craft Shoemaker, and Joanne Craft Crouch, as well as a host of nieces, nephews, and great nieces and nephews. Buddy lived his life as servant of God in the best way he knew how. Throughout his ministry, he touched the lives of a multitude