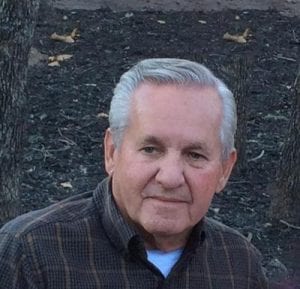 Richard was born December 26, 1941 to Mont and Pauline Sullivant-McSpadden in Hayti, MO and died February 16, 2016 in Shreveport, LA. He was a member of Fillmore Baptist Church, Chairman of the Board of Commissioners of Bossier Parish Fire District Four and former president of Benton Parish Metropolitan Board of Commissioners. Richard was an employee of the Town of Benton as Town Supervisor.

He is preceded in death by his parents; daughter, Amber Sullivant; brother, Sterling Sullivant and sister, Alicia Torrance.

In lieu of flowers, the family suggests memorials to the American Heart Association .