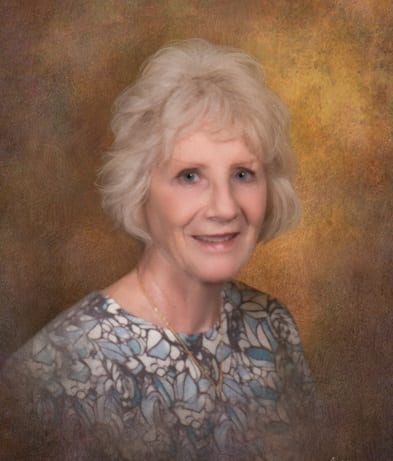 Bossier City, LA – Funeral Services for Sarah F Pugh will be held at 2:00 p.m. Sunday, December 23, 2018, at Hillcrest Memorial Cemetery, Haughton, LA, with Pastor Siegfried Kunz officiating. A Visitation will proceed the service from 12:30pm-2:00pm at the Hillcrest Chapel.

Sarah was born March 26, 1940 in Stepney, Middlesex, England to George Stephen Newman and Gertrude Florence Holly and passed away December 19, 2018, in Bossier City, LA. Sarah was born and raised on the outskirts of London in High Wycombe, England, while most of Europe was in turmoil from World War II.

Sarah met her future husband, Sherman Alexander Pugh, while he was in the US Air Force and stationed at High Wycombe, England. She and her husband raised 4 beautiful girls while being stationed at multiple Air Force bases in Europe, the Far East and the United States. Sarah enjoyed traveling, gardening, collecting antique tea pots, talking to her siblings via phone in England and especially her morning cup of tea.