PLAIN DEALING – Graveside services for Mr. Sidney A. Anderson, age 81, will be held at 10:00 am, Wednesday, October 26, 2016, at the Plain Dealing Cemetery, Plain Dealing, LA, with Rev. Billy Pierce officiating. Interment will follow under the direction of Bailey Funeral Home, Plain Dealing. 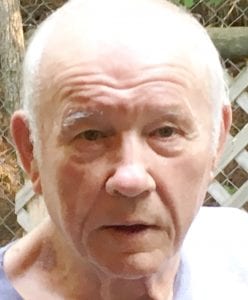 Mr. Anderson was born on October 16, 1935 to Floyd and Ruth Anderson in Waldo, AR and passed away on Sunday, October 23, 2016 in Plain Dealing. Sidney was a 1955 graduate of Plain Dealing High School and then attended LA Tech University where he played football. He was a member of Plain Dealing Baptist Church, a U.S. army Veteran, and was a 32nd degree Mason. He retired from the Bossier Parish Clerk of Court Office after 25 years of service.