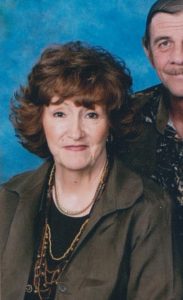 SHREVEPORT – A Celebration of life service for Tawana Shankle will be held at 10:00 a.m. on Friday, July 3, 2015 at Central Assembly of God with Pastor Andy Harris officiating. Interment will follow at Hill Crest Memorial Park. The family will be receiving friends for visitation on Thursday, July 2, 2015 from 5:00 p.m. until 7:00 p.m. at Hill Crest Memorial Funeral Home.

Tawana was a faithful member of Central Assembly of God. She loved spending time with her grandchildren.

The family would like to thank Central Assembly of God for the care and support they have shown.

Condolences may be shared with the family and the guestbook may be signed online at www.hillcrestmemorialfh.com