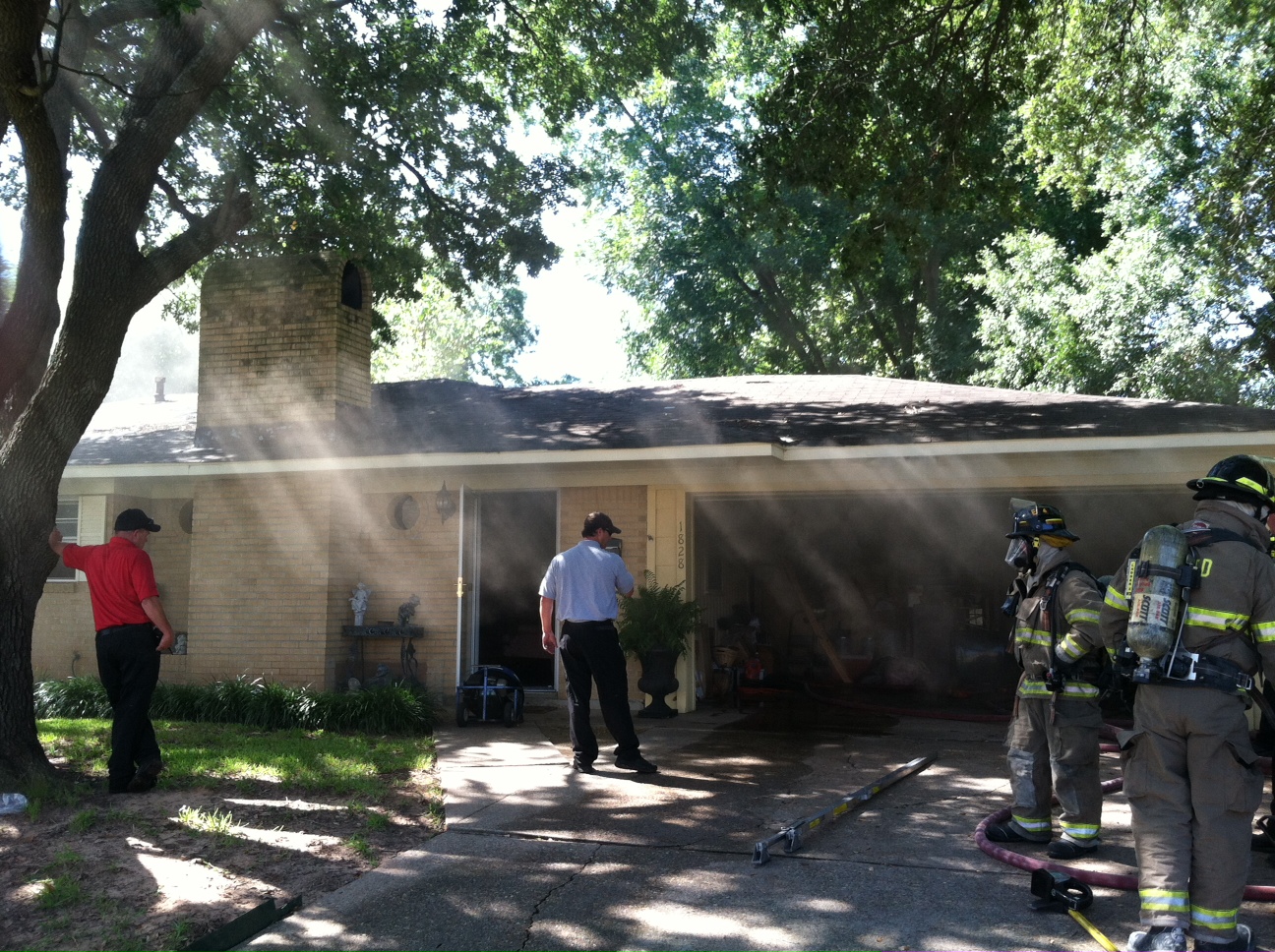 Thanks to the quick actions of an off duty Shreveport firefighter a Bossier City house was saved from burning to the ground this morning.

The fire happened at a home in the 1800 block of Bonn Street just before 10:30 a.m. today. At about that time Captain Joey Presley with the Shreveport Fire Department was traveling in his vehicle on I-20 when he noticed smoke coming from the structure. Presley immediately drove to the house and contacted Bossier 911 to notify the Bossier City Fire Department. While Bossier City fire crews were in route, Presley approached the house and began knocking on doors and windows in an effort to alert anyone who may have been inside at the time. Fortunately no one was home.

When the first engine crew arrived on the scene, Presley assisted them with pulling hose off the truck and making a hydrant connection. Bossier City firefighters then attacked the fire which appeared to have originated in the rear of the house in the vicinity of the kitchen.

Due to Presley’s quick alertness and response Bossier City firefighters were able to keep the fire contained to a small portion of the house and had the blaze under control within 8 minutes.