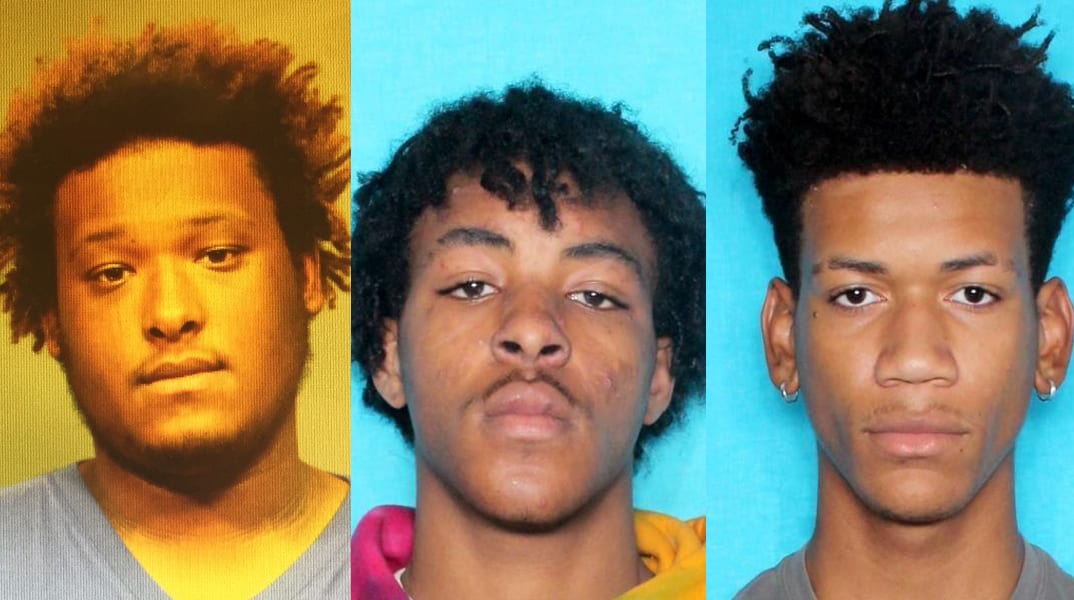 One man is in custody and two others are wanted for robbing a man this past weekend while armed with a stun gun.

Detectives with the Bossier City Police Department’s Violent Crimes Unit arrested 19-year old Cartez Deon Theus Thursday for the robbery which occurred Saturday at the Budget Inn in the 2600 block of East Texas Street. Theus along with 18-year old Cardariuos Houston and Dontavian Walker face armed robbery charges for robbing a 65-year old man inside his room at the Budget Inn. Detectives have secured arrest warrants for both Houston and Walker.

The three suspects who were also staying at the Budget Inn robbed the victim of his cellphone and debit card. The victim was also forced to reveal his personal identification number for the debit card leading the suspects to withdraw more than $800 from the victim’s bank account. The victim was not injured.

Anyone who can help police locate Houston and Walker is asked to contact Bossier City Stoppers at (318) 424-4100.  They can also submit web tips via the Bossier Crime Stoppers website – bossiercrimestoppers.org. Persons who contact Crime Stoppers are reminded they may remain totally anonymous and could be eligible for a cash reward.