Bossier Sheriff Julian Whittington says one man is still wanted for an armed robbery that took place in the 500 block of Parker Rd., Haughton, on Dec. 12.
Bossier Sheriff’s detectives have issued a warrant for Robert Jordan, 17, for his involvement in the armed robbery. Jordan is described as 5’ 10”, weighing about 160 pounds. Robert Jordan and Damien Harris forced their way into a woman’s home, pushing her down. The two then tied the victim up using cords from a hair dryer and box fan and then forced her into the bedroom holding a handgun to the back of her head. She was left in the bathroom and managed to escape and call for help after the two made off with $326 cash and a 1997 Chevy Lumina, which was located and recovered on W. 70th in Shreveport the next day.

Damien Harris, 31, of the 200 block of S. Cherry St., Haughton, was arrested on Dec. 18 for his involvement in the robbery. He is charged with armed robbery with a firearm, aggravated battery and simple escape for running from the deputy while in handcuffs. Harris was booked into the Bossier Maximum Security Facility and his bond set at $135,000. Robert Jordan, who should be considered armed and dangerous, is from Haughton and attended Haughton High School but later dropped out. Robert lived next door to the victim.

If you know the whereabouts of Jordan, please call Bossier Crime Stoppers at (318) 424-4100 or the Bossier Sheriff’s Office at (318) 965-2203. Persons who contact Crime Stoppers are reminded they may remain totally anonymous. 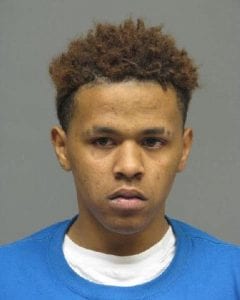 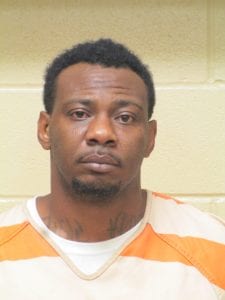