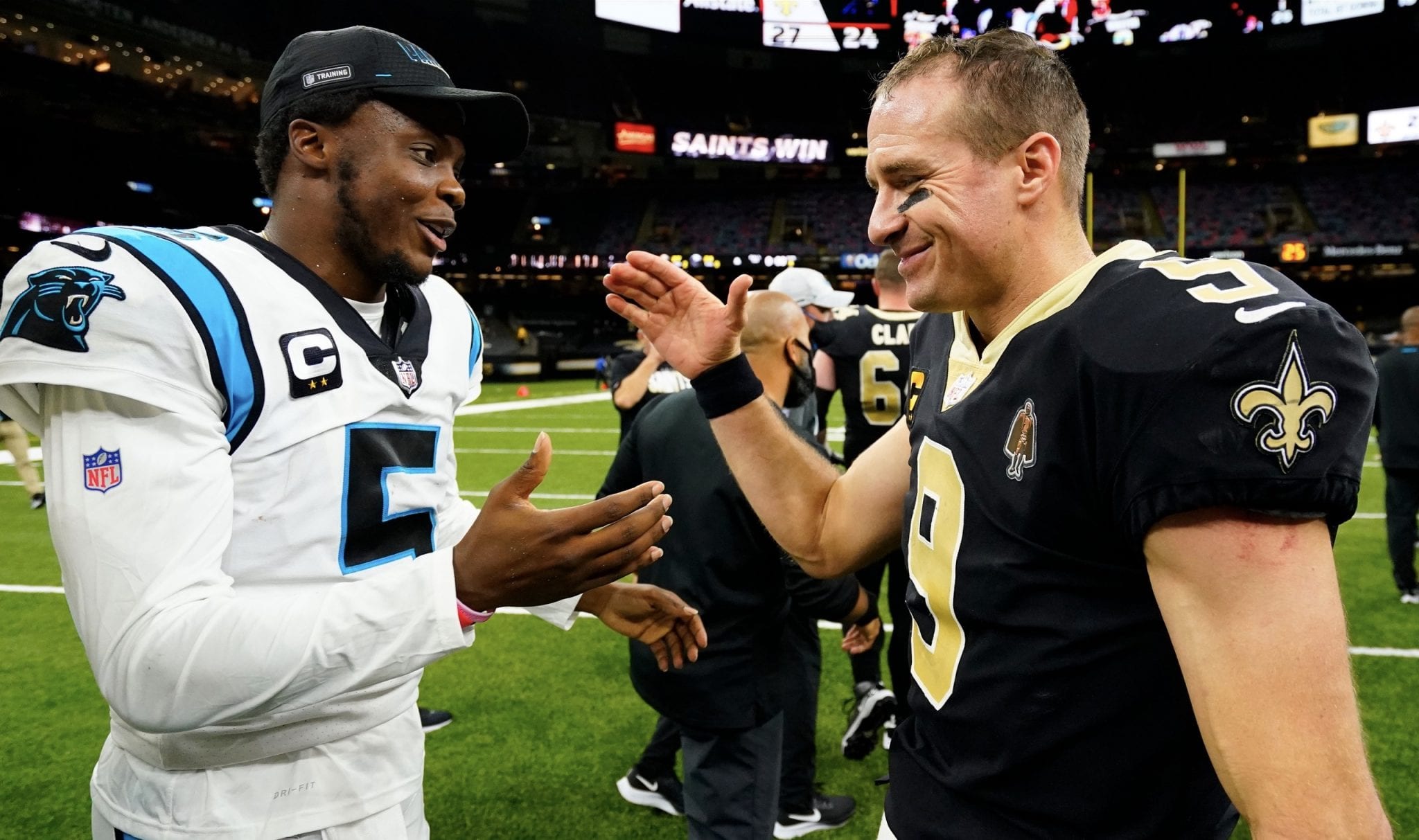 QBs fade and shine under the spotlight, but for the Dallas Cowboys, perhaps who’s taking the snaps is the least of the team’s worries.

New Orleans fans of both Drew Brees and Teddy Bridgewater were in luck last Sunday, as the two former teammates reunited — this time as rivals — and neither disappointed.

A day after Louisiana celebrated the triumphant debut of true freshman and Ponchatoula native T.J. Finley, who led LSU over South Carolina, 52-24, while filling in for an injured Myles Brennan, Brees and Bridgewater lit up the scoreboard in the Mercedes-Benz Superdome — once again to the delight of the fans.

The NFL’s all-time leading passer in nearly every single category imaginable went 29 of 36 for 287 yards and two touchdowns in the Saints’ victory over the Carolina Panthers led by last year’s New Orleans backup Bridgewater, who led the Saints to a perfect 5-0 record during Brees’ early-season hand injury.

With “Mr. Swiss Army Knife” Taysom Hill anointed as the heir apparent to Brees, Bridgewater moved on to Carolina replacing current Patriots starter Cam Newton — are you keeping up?

Bridgewater, a 2015 Pro Bowler while in Minnesota, was 23 of 28 for 254 yards and two touchdowns of his own. Neither threw a pick — impressive considering there was a combined 64 passes in the game.

But with all the warm and fuzzies being felt in South Louisiana, the same could not be said for all the Dallas Cowboys fans in the Ark-La-Tex.

After an abysmal start to the season, even while still led by now-injured Dak Prescott, who after four games (1,690 yards) was on pace to obliterate Peyton Manning’s single-season passing yardage record with 6,760 of his own, the Dallas Cowboys (2-5) have sunk to all-time lows.

This includes the woeful 1-15 campaign under Jimmy Johnson in 1989 — his first season as head coach en route to two Super Bowl victories in 1992 and 1993. Three Lombardi Trophies if you count 1995 under Barry Switzer, but come on, the world knows whose team that was despite Johnson parting ways with Dallas two years earlier.

Now the Cowboys season is spiraling out of control. Prescott is out after the former Haughton Buccaneer suffered a gruesome injury comparable only to Joe Theisman’s (Washington) career-ending leg break in 1985 at the hands of Lawrence Taylor (New York Giants) on a Monday night.

Following Prescott’s unexpected exodus, backup Andy Dalton stepped in to lead the team to its second win of the season. But  Dalton immediately hit hard times after an illegal hit from Washington linebacker Jon Bostic put the former Cincinnati Bengal in concussion protocol. He will most likely miss Sunday’s road game at Philadelphia (2-4-1).

Enter rookie Ben DiNucci. But whether it’s the seventh-round selection out of James Madison, recently signed Garrett Gilbert, re-signed Cooper Rush, or one of the many trade rumors concerning New England’s Newton or Miami’s Ryan Fitzpatrick — the Cowboys have a bigger problem.

Dallas is struggling and the most valuable ($5.5 billion) — and overhyped — professional sports organization in the world is starting to feel the pressure — or at least show it.

Beleaguered team owner — and primary problem — Jerry Jones lost his temper on a radio show on Tuesday when he told a reporter to “shut up and let me answer” when asked about a possible “void” in leadership after the Cowboys’ lopsided loss (25-3) to Washington on Sunday.

No more excuses. Former head coach Jason Garrett, the team’s second-longest coach behind Tom Landry, amassed an 85–67 record. But he was 2–3 in the playoffs, never advancing past the divisional round.

Now new coach Mike McCarthy already finds himself sitting on the hot seat just seven games into his first season after joining the team following a year hiatus after being let go from Green Bay, a team he led to a Super Bowl in 2011.

But Tampa Bay quarterback Tom Brady and Patriots head coach Bill Belichick, both of whom combined for six Super Bowl wins in nine appearances, couldn’t help the Cowboys dig their way out of this hole.

The void in leadership starts at the top. And the top is Jerry Jones.