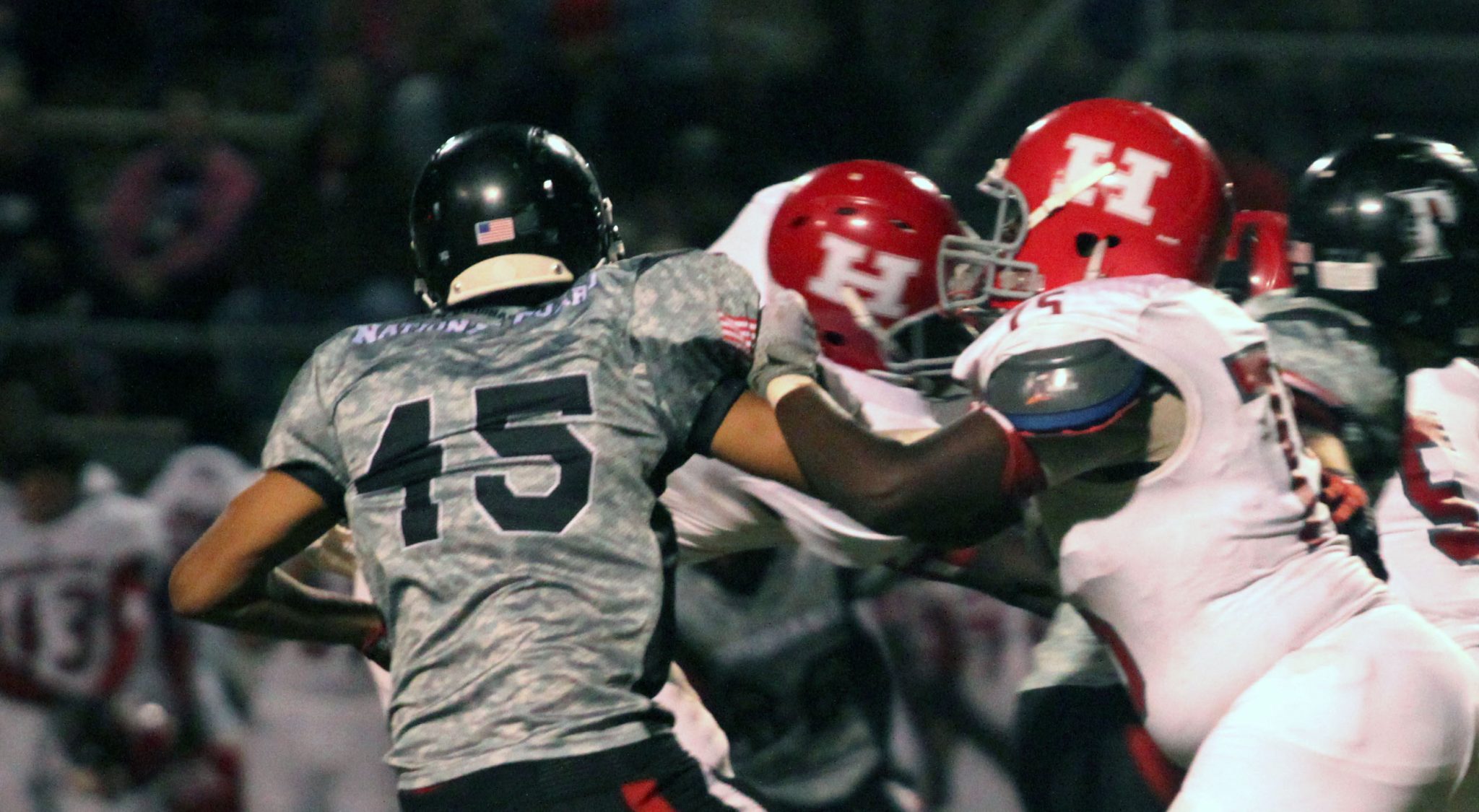 The final week of the high school football regular season is always bittersweet.
On one hand, it means another season is coming to an end. On the other, it means the excitement of the playoffs is upon us.
Four Bossier Parish teams are headed to the playoffs — Airline, Haughton, Benton and Plain Dealing.
A fifth — Parkway — should be. As I’m sure everyone knows, the LHSAA ruled a freshman Parkway player ineligible last week under the “bona-fide change of residence” rule. The Panthers must forfeit all five wins he played in.
The details are well-known by now. But if you want to know more you can find stories on bossierpress.com.
The LHSAA denied Parkway’s appeal of the decision by a 5-0 vote of a “hardship” panel Wednesday in Baton Rouge. That means Parkway could be out of the playoffs.
I say “could be” because in past cases like this parents of players have retained attorneys who have sought injunctions against the LHSAA. Two agenda items on Thursday’s Bossier Parish School Board suggest that the board itself is considering authorizing legal action.
Of course, the LHSAA has lawyers, too.
This ruling doesn’t affect just the Parkway players. It also affects their families, other students and the South Bossier community.
In Parkway’s case the penalty is simply too harsh. And I would say this regardless of what school was involved.
I know that rules are rules. Parkway isn’t the first school to have to forfeit games.
But the player in question played only late in games that were out of reach. Of course, nowhere in the LHSAA handbook does it say that a player has to make a significant contribution to a victory for a forfeit to be in play. Maybe it should.
From everything I’ve heard, I don’t believe Parkway did anything wrong. But if the LHSAA needs to punish someone, punish the adults and not the innocent players. If the LHSAA deems that Coach David Feaster is the one ultimately responsible, suspend him for the playoffs or the first three games of next year.
I started working at The Bossier Press-Tribune in 2010. I remember watching Demetrius McAtee, Jared Lancaster, Hunter Huckaby, William McKnight and other Parkway seniors play middle school ball. They have been part of the greatest run in Parkway history. In the last four seasons, the Panthers are 40-8.
On a personal note, I would hate to see them go out like this. But if that’s the case, they can do so with their heads held high.
They still have one game to play regardless and it’s a big one, The Panthers visit parish rival Airline Friday night. If Parkway (7-2, 3-1) wins and Haughton upsets Byrd, Parkway, Byrd and Haughton will share the District 1-5A title. If the LHSAA appeal is denied, it would be an unofficial title for Parkway because of the forfeits. But I don’t look at it that way.
Beating Airline (4-5, 2-2) won’t be easy, though. The Vikings will be trying to avenge last year’s 30-23 loss that denied them a share of the district title.
Airline has one of the best defenses in the area. If anybody can slow Parkway’s offense, it’s the Vikings. Airline will have to avoid mistakes and play a bit better on offense than it did against Shreve last week.
Benton (7-2, 5-1 1-4A) has a chance to do something special Friday night. With a victory over Huntington (4-5, 2-3) at Independence Stadium, the Tigers can win at least a share of their first district title since 2008.
For Benton to win the title outright, both Minden and North DeSoto would have to lose, The Tide and Griffins are both favorites in their games.
Haughton (8-2, 3-1) has a lot of incentive to bounce back strong from its first loss of the season.
As mentioned above, the Bucs can win a share of the 1-5A title with an upset of Byrd. Haughton will host a first-round playoff game, but the Bucs can enhance their seed significantly with a win.
Plain Dealing (8-1, 4-0) heads to Haynesville (8-1, 4-0) with the District 1-1A title on the line.
The defending state champion Golden Tornado are the favorites, but I believe this is Plain Dealing’s best chance to pull off an upset in Coy Brotherton’s four seasons as head coach.
Anyone who thinks Bossier might have given up on the season need only to look at last week’s Mansfield game to see that the Bearkats have not.
Bossier led 13-6 midway through the second quarter before falling 28-13.
The Bearkats have a legitimate chance to win their season finale Friday against Green Oaks, another team going through a tough season.