Snow. Day. Two simple words that mean different things to different generations, but will always bring out the kid at heart in everyone.  No matter how old or young you are, there’s something about those white chunks of cold winter fluff that will draw you out into the midst of bone chilling temperatures…especially in Louisiana! 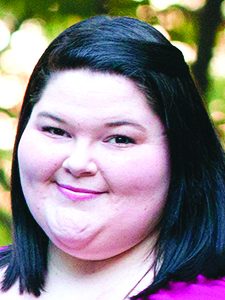 The excitement of snow alone will make you scurry through the closets and dresser drawers to find the warmest clothes possible, even if that means mismatching your attire from head to toe. After all, there is no red carpet runway for this momentous occasion.

If you’re my age, you’ve probably heard your parents or grandparents talking about their snow days. I can remember my dad telling me stories of trekking through the snow as a child – he walked six miles to school…up hill both ways…shoes were for Sunday so that meant going barefoot.

While that story isn’t entirely true (my dad has a unique sense of humor), he did grow up on a farm in Missouri and has lived through many more cold winters than I probably ever will. I am perfectly fine with that, too.

The real story is that the family farm was surrounded by gravel roads. There were trucks running all the time to take care of snow on the main roads, but there was quite a distance between the two. That meant finding your own way of getting to the bus stop during the winter.

My dad would take their tractor out to make a path just so he and his sister could make it to school. He also said they would sprinkle coal cinders on the roadways in Missouri, which helped the melting process and would give vehicles more traction.

Rather than shutting down, they continued living. That’s the important thing to remember.

While I’m glad the snow (or as some have called it, ‘sneaux’) storm of 2015 was not catastrophic, I’m thankful for the memories we created as a family.

My daughter probably doesn’t remember her first ever snow day from a few years back, but I bet she’ll remember this one. Maybe one day she’ll grow up and tell her own kids about the time her mom (me) dressed her in pink rain boots, sweatpants, a t-shirt/sweatshirt/rain jacket trio, hat and gloves before trekking out into the snow.

There was one mission in her mind – to build a snowman. And so we did…except it was shaped like a Tyrannosaurus Rex. That’s so Kayleigh.

Thanks for a great ‘sneaux’ day, Mother Nature.

Amanda Simmons is editor of the Bossier Press-Tribune. She can be reached at amanda@bossierpress.com