Use our First Amendment rights before it is too late

Last week, our nation remembered the horrible events that took place on September 11, 2001. There were memorial and remembrance events all around our nation. At times like these, my thoughts often turn to patriotism and what our country stands for…the roots upon which our nation was founded. I also think of the many heroes, the individuals that gave their lives in defense of our country or in protection of our safety, and those heroes still in our midst.

For what these individuals have sacrificed, we should all be thankful!

I am referring to: military, law enforcement officials and personnel, first responders, etc. These individuals fight each and every day to keep us safe and protect our freedoms. 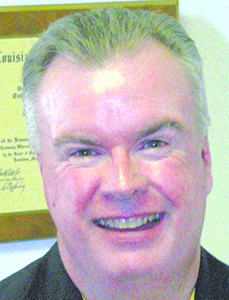 Yes, the United States is a free country (thank God)! And as its citizens,  we are all granted certain rights and freedoms. Five CORE freedoms can be found in the First Amendment to our United States Constitution.

As I have often heard many people in the newspaper industry say, “we are in the First Amendment business.” As such, it is very concerning that in an article I read just the other day in the August edition of Publisher’s Auxilary, Gene Policinski  referenced the Newseum Institute’s recently conducted 18th Annual Survey reporting that 57% of Americans agree with the First Amendment.

What is concerning about this?

Well, 38 % of Americans surveyed feel that the First Amendment goes too far in the rights it grants to us as American citizens.

What I am wondering is this: can of any of these people who think the First Amendment goes too name even one of these CORE freedoms? Our country is on the precipice of tremendous change. Actually, it is happening now. As a result, it is time to start speaking up before it is too late. We must all know how to use our First Amendment freedoms properly and we must also know how to defend these  freedoms when they come under attack.

No matter what side of the political spectrum that we fall upon, it is time to start speaking up….before it is too late!

Randy Brown is Publisher of the Bossier Press-Tribune. He may be reached at rbrown@bossierpress.com