Otis Rector, Jr. went home to be with his loving Heavenly Father, Tuesday, September 24, 2013. He was the son of Otis Rector, Sr. and Bertha Sprouse Rector of Union, SC. He was an avid hunter, fisherman, and excelled in farming. He served his country well, having served in the Air Force for 27 years as Chief Master Sergeant where he received numerous awards and accomplishments. After retiring from the Air Force he worked as a mail carrier with the United States Postal Service for 12 years. 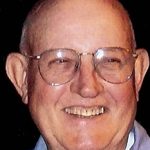 Memorials may be made to St. Jude Children’s Research Hospital or LSU Feist-Weiller Cancer Center. The family wishes to express a special thanks to St. Joseph Hospice.