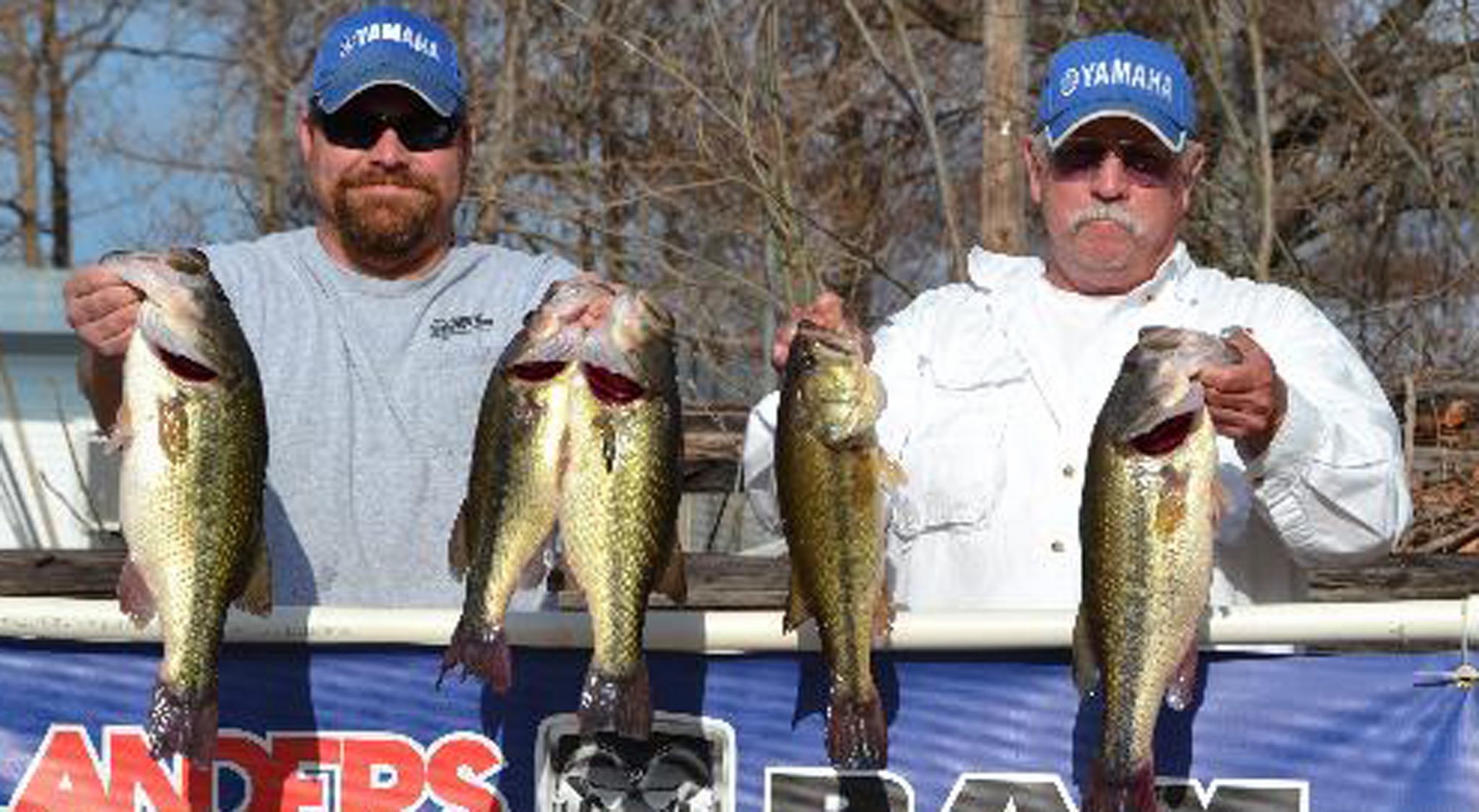 Three tournaments are in the books for the H&W Marine Team Trail. Two Landers/Ram Bayou Outdoor Super Center Tournament Trail events have been held so far.

The next B.O.S.S. event is Saturday on the Red River. The next H&W Marine event is April 21 on Cross Lake.

Jeff Holder and Terry Berghardt captured the most recent H&W event Saturday on the Red River with a five-fish limit weighing 18.23 pounds. They also won the big bass bonus of $500 with a 6.35-pound fish for total prize money of $3,300. Sixty-seven teams competed.

Ray White and Clayton Frye, who finished second with 17.74 pounds, top the trail points standings with 584 with two events left. Jerry Pate and Josh Danzy are just two points back.

Travis Beaty and Brian Bradshaw won the first H&W event on Black Lake near Campti Jan. 11 with a five-fish limit weighing 19.69 pounds. Drayton Hand and Brent Carpenter had the big bass of 7.49 pounds.

Jeff Pate and Eddie Shaw took the March 8 event on Caddo Lake with a five-fish limit weighing 30.01 pounds, almost 20 pounds better than the runner-up. They also had the big bass of 8.1 pounds. The duo split $3,000.

About 140 teams competed in the event.

The banquet features a catered meal by Savoies plus live music, a live auction and raffles, including the chance to win a fully-rigged 2014 Crestline VT 17 boat.

Do you have an outdoors article and/or photo you would like to submit for publication or an idea for a story? If so, please send them to rhedges@bossierpress.com with a contact phone number.