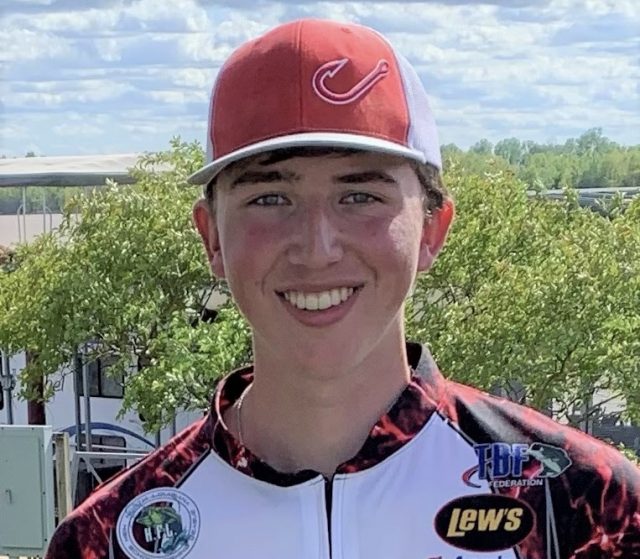 BIRMINGHAM, Ala. — Haughton junior Jase White will be among the young anglers from across the country hoping to impress colleges at the inaugural Abu Garcia Bassmaster High School Combine Oct. 15-17 in Decatur, Ala.

Other anglers from Louisiana schools participating are Tyler Morris of Port Allen, Shamar Pierre of Edgard, Chance Shelby of Denham Springs, Levi Thibodaux of Thibodaux and Cambre Webb of Clinton. They hope to use their time at the combine to see how they stack up against the most talented young anglers in the country.

“I’m pretty excited to be able to test myself against the other anglers that will be attending,” said White, a who won the North Louisiana High School Fishing League Angler of the Year title.

“ like that the combine will give all anglers an even playing field — everyone will be tested on their skill instead of graded on how they fish a lake where some anglers might have a home advantage. I’m also curious to speak with these other anglers because, naturally, there are many different types of fishing and techniques as you travel across the country.”

At the High School Combine, anglers will perform multiple tasks to show their skill set not only on the water but also to display their knowledge of the sport as a whole.

After the first day, colleges will have the opportunity to select anglers for a “second look” where they can further explore everything that angler has to offer and see if they would be the perfect fit for their fishing program.

“From the high school angler’s perspective, I think there is a demand for this kind of program because, unlike other sports, it is hard for high school anglers to show their highlights,” said Pierre, a senior at West St. John High School who has notched one win, two Top 5s and qualified for the 2021 Bassmaster High School National Championship.

“The combine will give anglers an opportunity to expose their skills to college fishing coaches and get to know these coaches on a personal level.”

While the High School Combine provides an unprecedented chance for young anglers to get in front of championship-caliber college programs, the participating coaches are eagerly anticipating an opportunity to recruit more effectively.

Across the U.S., there are more than 930 B.A.S.S.-affiliated high school fishing teams with in excess of 9,400 anglers competing in a variety of tournaments.

Unlike many other high school sports, college fishing coaches do not get years of “game film” on recruits or the opportunity to be in the boat watching them compete, which presents a variety of challenges.

“With the tremendous growth that high school and collegiate angling has experienced over the past 5 to 7 years, it is getting harder and harder for anglers to be seen by collegiate programs,” explained Adrian College’s Seth Borton, who coached the team to its first Bassmaster College Series National Championship.

“Opportunities such as this will definitely help bridge the gap through a more hands-on, in-person approach.”