A Bossier City man was taken into custody Friday after he reportedly made threats to kill his girlfriend and himself and then refused to surrender to officers.

Bossier City police were called to the suspect’s home in the 2400 block of Brookside Drive just after 12 a.m. Friday regarding a domestic disturbance. When officers arrived, the suspect’s girlfriend had already exited the house unharmed but the suspect refused to come out after acknowledging multiple requests from officers that he do for questioning. 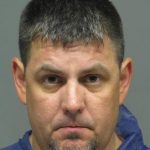 Police identified the suspect as 43-year old Michael Brian Dale. Dale remained inside the house when at one point officers observed him through a window carrying two firearms.

BCPD SWAT Team members and department negotiators then responded to the scene while Dale continued to stay isolated inside the house while refusing to resume further communication with police.  Just after 4 a.m. Dale opened the door to the home’s garage and surrendered to SWAT officers without further incident.

Dale was taken to University Health for an evaluation and released. He was subsequently booked into the Bossier City Jail for aggravated assault and later transferred to the Bossier Parish Maximum Security Facility.